A science lesson for you

Posted on January 5, 2013 by afrugalspinster

One of the best things about my neighborhood is a little 17-acre park just down the street. The county obtained the park property as part of their flood control system. It has a stream running through it. Sometimes it looks like this.

and a few picnic tables 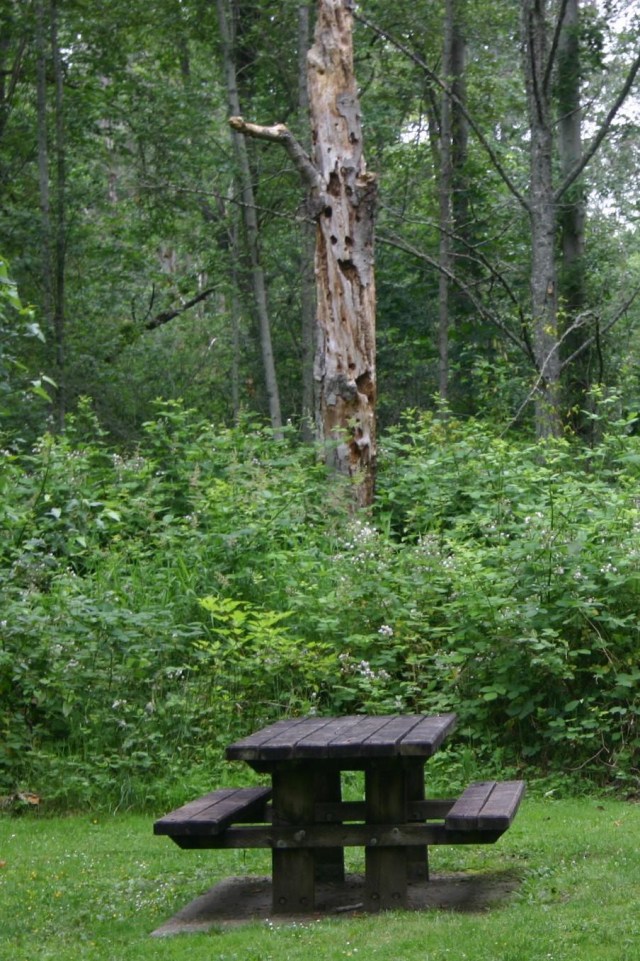 the park is in a natural state.

There is a tree that grew up through an abandoned bicycle.

It’s where I walk the dogs.

It’s where I do most of my bird watching.

It’s where I go after a hectic day at work to allow my mind to unwind.

I said all that about the park as an introduction to something I found there recently.

We had a couple of days of freezing temperatures over the past weekend.

I went out early one morning to take a walk in the frozen landscape. I found this beautiful ice formation.

I asked my friend the science teacher about it and learned; it is called tissue frost. He explained that it occurs on sticks and small logs on or near the ground. As these sticks decompose they absorb a great deal of water. In freezing temperatures the water on the outer surface of the stick drops below the freezing point. As the surface water on the outside of the stick freezes, it draws water from within the stick, which also freezes and draws more water, etc. As the ice expands it freezes it pushed the frost above it further away from the stick.

What you get is a delicate tissue like curl of frost. They are usually only a couple of inches long but  he once found some that where more than a foot long.

Do you have a favorite park you visit when you need some peace and quiet?

6 Responses to A science lesson for you