Today we say goodbye to Glory

In February of 2003 my mother got a new pure bred collie puppy.

Glory’s first day in our family

A few months later my mother suffered a series of strokes that she never recovered from.

Neither myself or my sister could take full responsibility for the dog but we worked out a way to share the dog owner duties. That’s how Glory (because she is GLORIOUS) became a time-share dog. (We have two brothers also, but they had no interest in the puppy.)

I walk Glory most every day. Most of the people I see at the park assume she is mine. Once my sister had her at the self serve dog wash, one of my fellow park users recognized Glory and wondered why a stranger was giving her a bath. 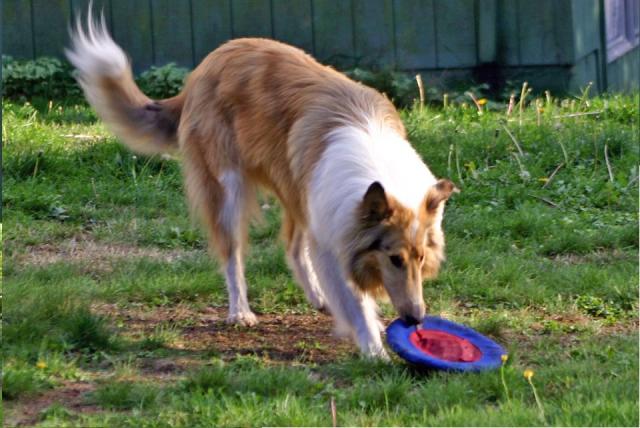 As a young dog Glory loved playing Frisbee. She took naturally to leaping high in the air to retrieve the flying disk.. She was good at it.

In 2014 Glory began having problems, it was a struggle to get up on her feet. Occasionally she tripped and fell. She was diagnosed with nerve damage in her back, most likely a result of the hard landings when she played Frisbee. By September she was using a dog wheel chair to get around. 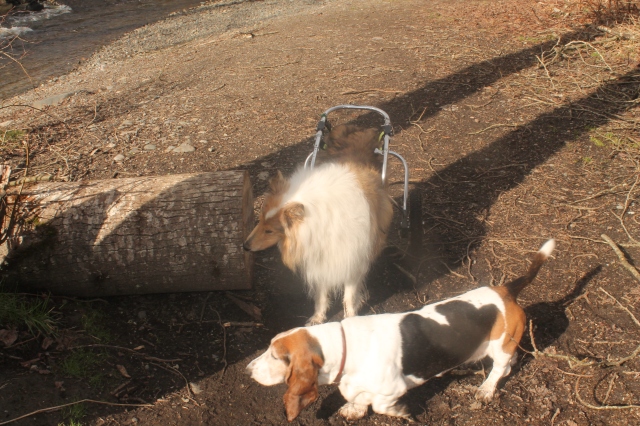 Glory & Lola at the park

Early this year she was unable to pull herself around in the cart. We had to use a sling to help her get outside to do her business. Our trips to the park were now in a dog stroller/bike trailer. 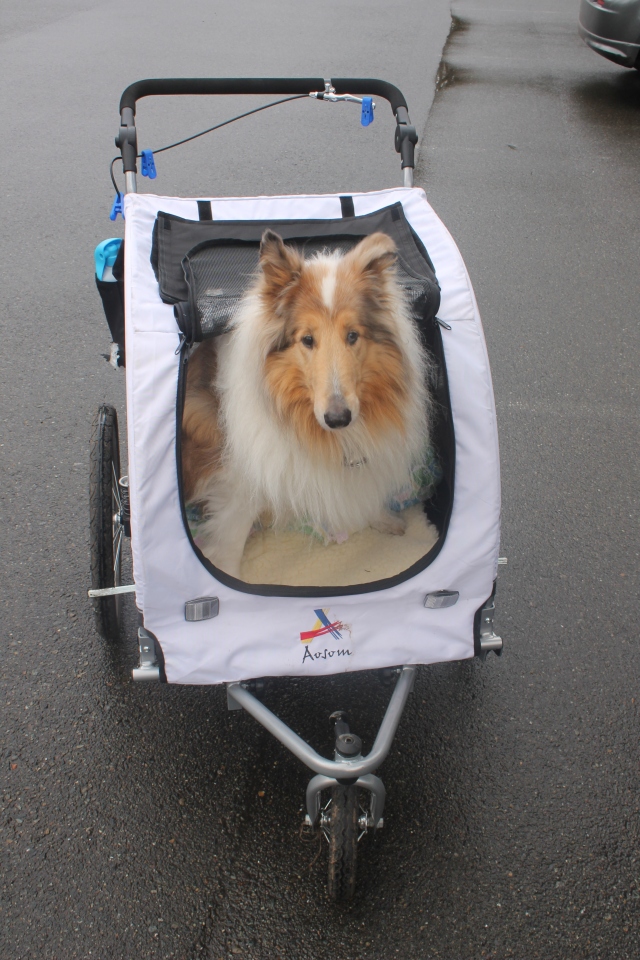 a princess in her coach

This spring we knew Glory would not last through the summer.

Two weeks ago I decided I wanted to remember Glory by photographing her with all her park friends.

I made a list of about 25 people I wanted to include. I spent as much time as possible with her in the park hoping to meet up with people most of whom I only knew by first name (or the name of their dog). The first week I made good progress. Everyone was eager to have the opportunity to say good bye to Miss B (Glory Be) and have their photo taken. 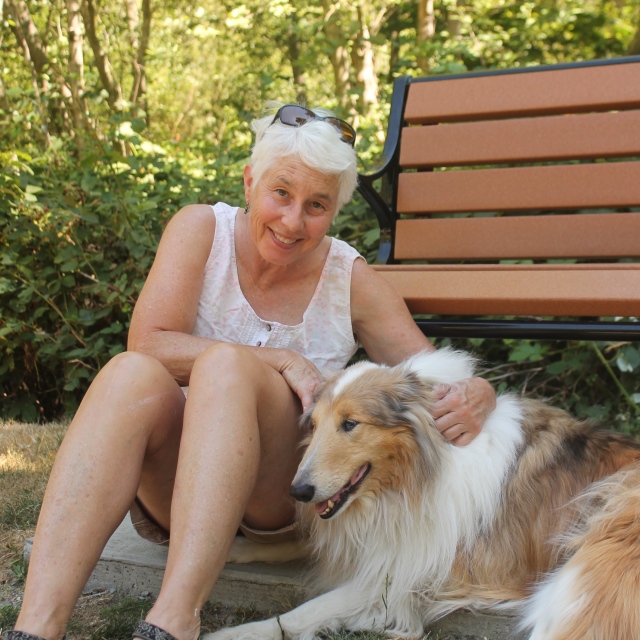 Jill (Her dog Tour will soon be in Doggy Heaven too) 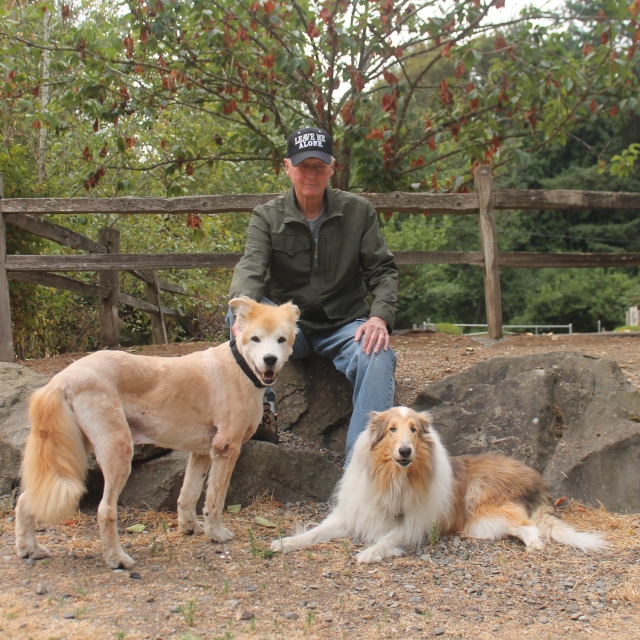 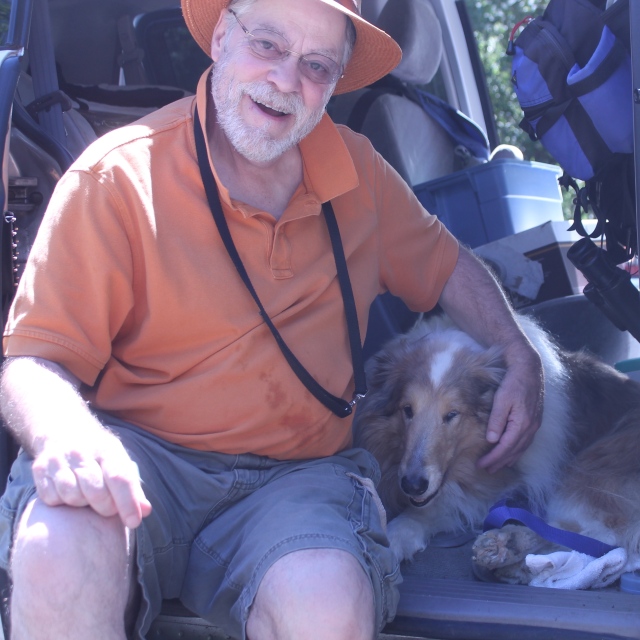 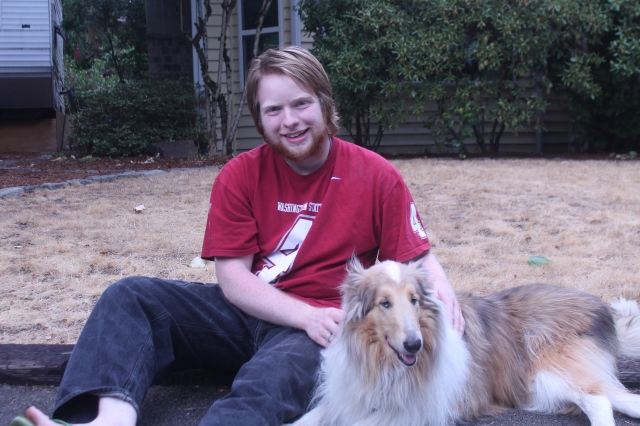 Nick was afraid of dogs before he met Glory. Now he has his own German Shepherd.

The second week I caught up with most of the others. We made an appointment for the vet to come to my house on July 20th.  I took the weekend off from work in an attempt to get pictures of the people I was missing. I had phone numbers for two of them and learned that they were both out of town but would be back just in time. Saturday the vet called and said she had to reschedule for Wednesday. Sunday I got pictures of the people who had been on vacation. 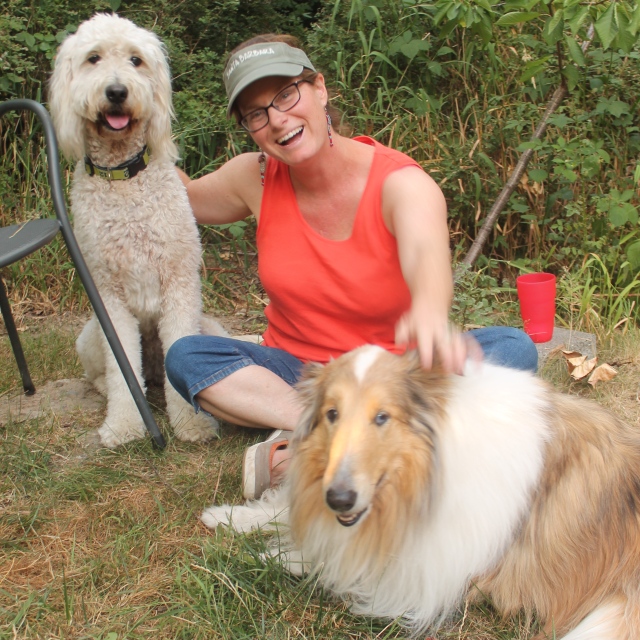 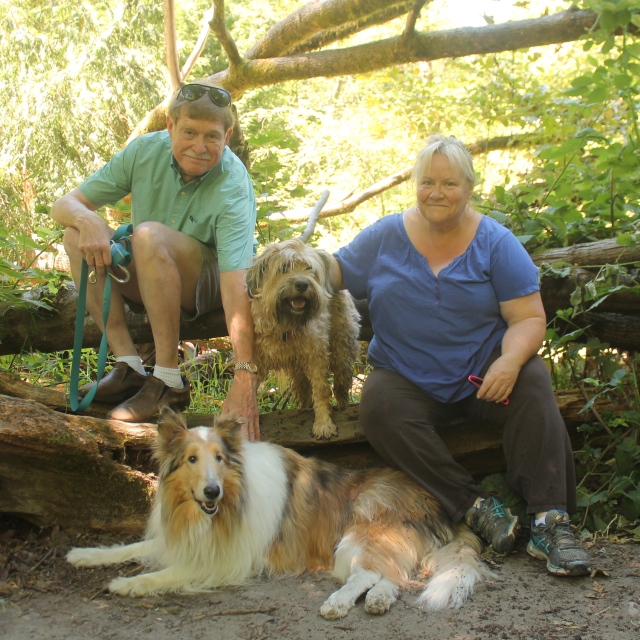 As I walked in the park people would ask how my collection of pictures was coming along. I mentioned wanting Bill & David but hadn’t seen them in two weeks. Someone said Oh, I know where they live. She gave them my number and we planned to meet at the park Tuesday.

Monday I was driving, a car coming the opposite direction had a poodle hanging out the window. As it passed me I said out loud” THAT’S DIANE” I did a quick U-turn and gave chase. A car pulled in between us. Then a second car put me further behind her. I prayed “Oh, please let me catch up to her”.I’d been following her about five miles when she turned right and the two cars between us turned left. I pulled up close behind her and tooted my horn. I tooted again. I tooted a third time and she pulled over. When she got out of the car I apologized for most assuredly giving her a scare. She was glad to see me and glad to know that the honks hadn’t been because of some problem with her car. We moved to a nearby business who had a nice little green space in front and borrowed it for our photo shoot. 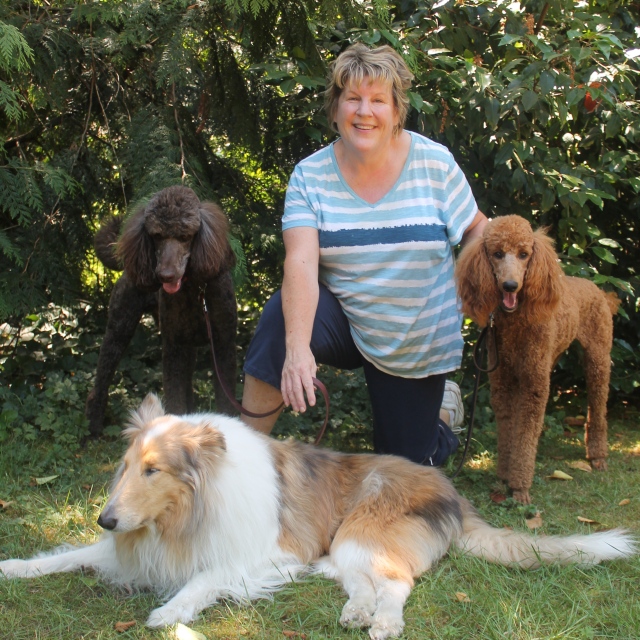 Tuesday came and Bill & David met me at the park. 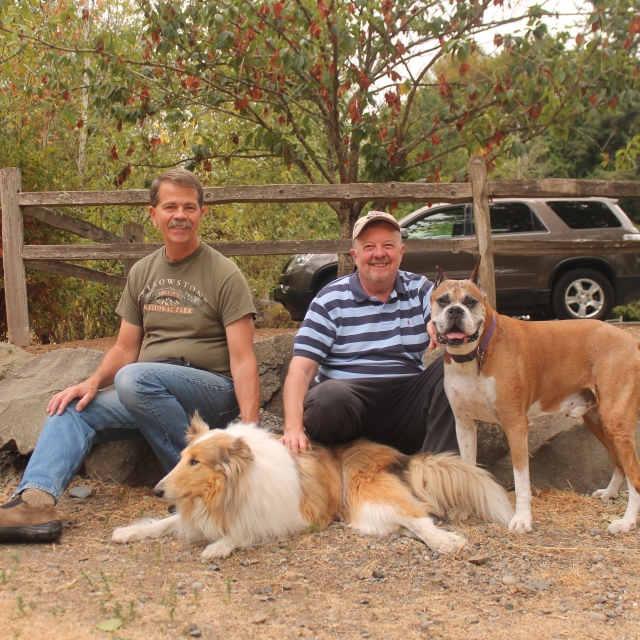 I still lacked Keith but I think but I was at rest with that although with what happened with Diane I would not have been surprised if he showed up at the park Tuesday. I mentioned Keith to David who said “I have his number”. We called and found that they were in the neighborhood with their granddaughter. While I was still on the phone with Keith’s wife Nancy they pulled into the parking lot. 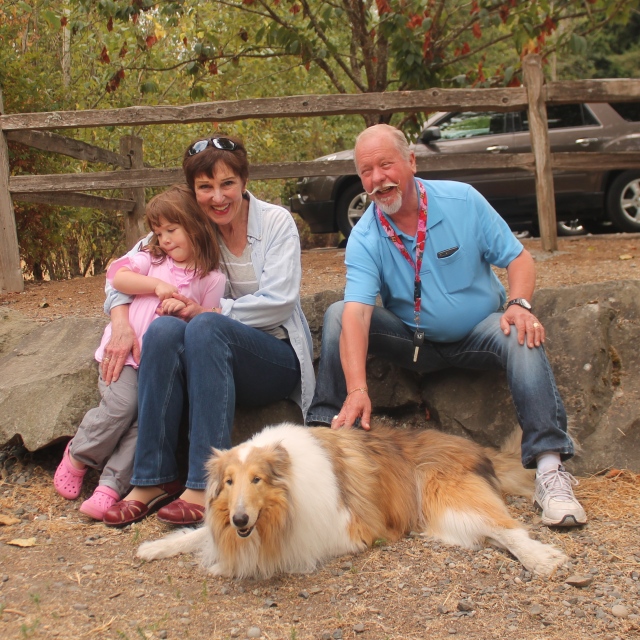 My collection is complete, I am at rest letting Glory go to doggie heaven.

I won’t bore you with all the pictures but here are a few more of my favorites. 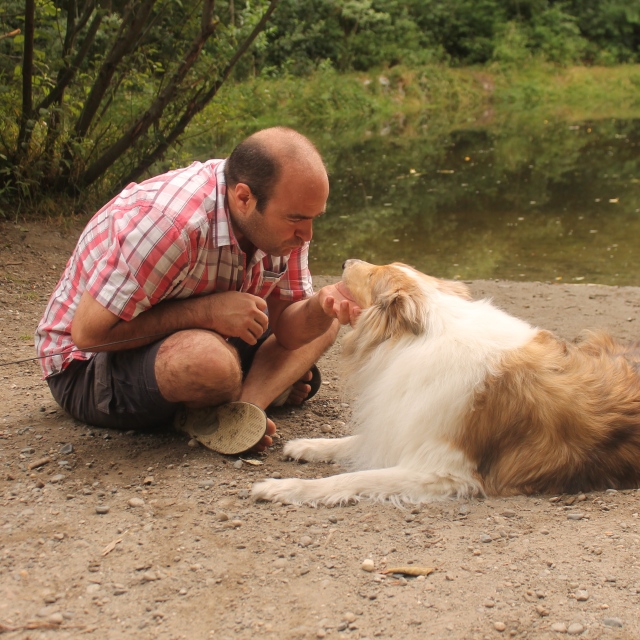 Brian (his dogs Daisy & Peko wandered out of the picture 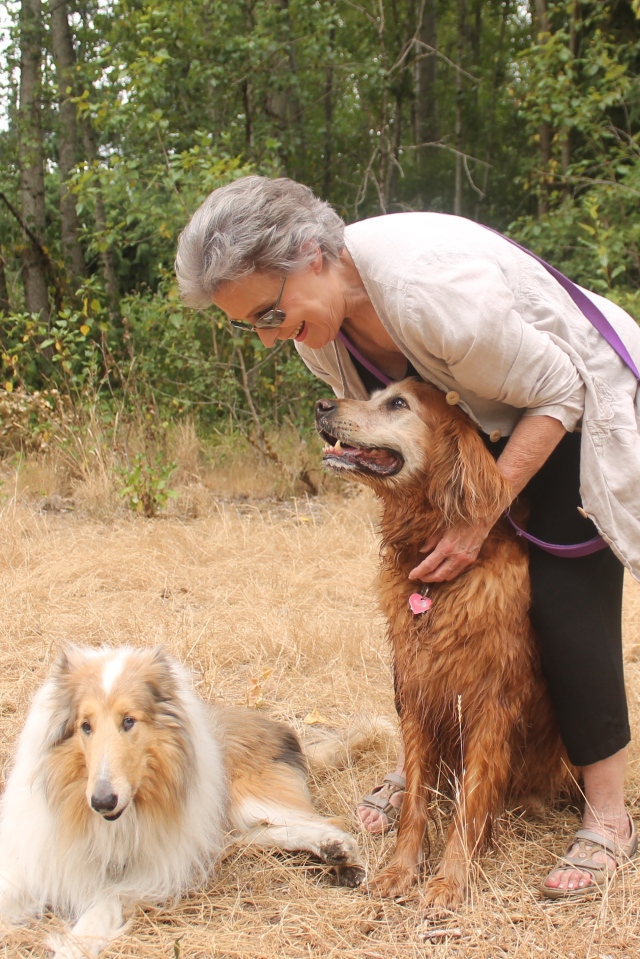 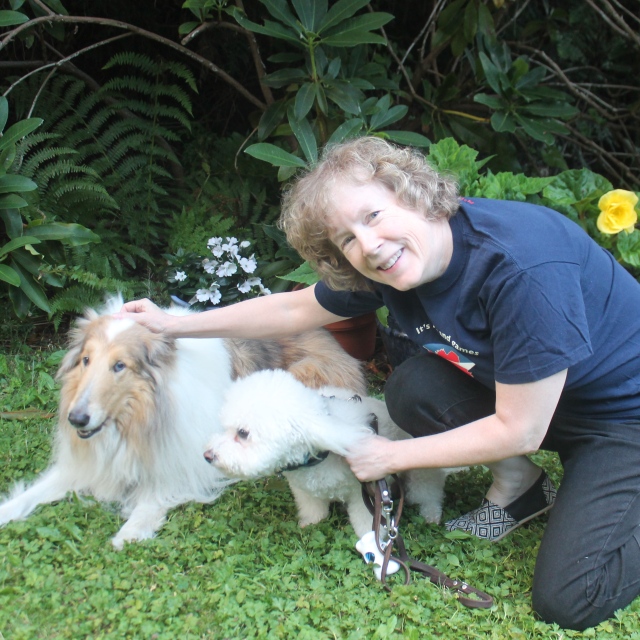 Ichabod- the Glory has departed (1 Samuel 4)

8 Responses to Today we say goodbye to Glory