Posted on March 4, 2017 by afrugalspinster

The Family Nobody Wanted by Helen Doss 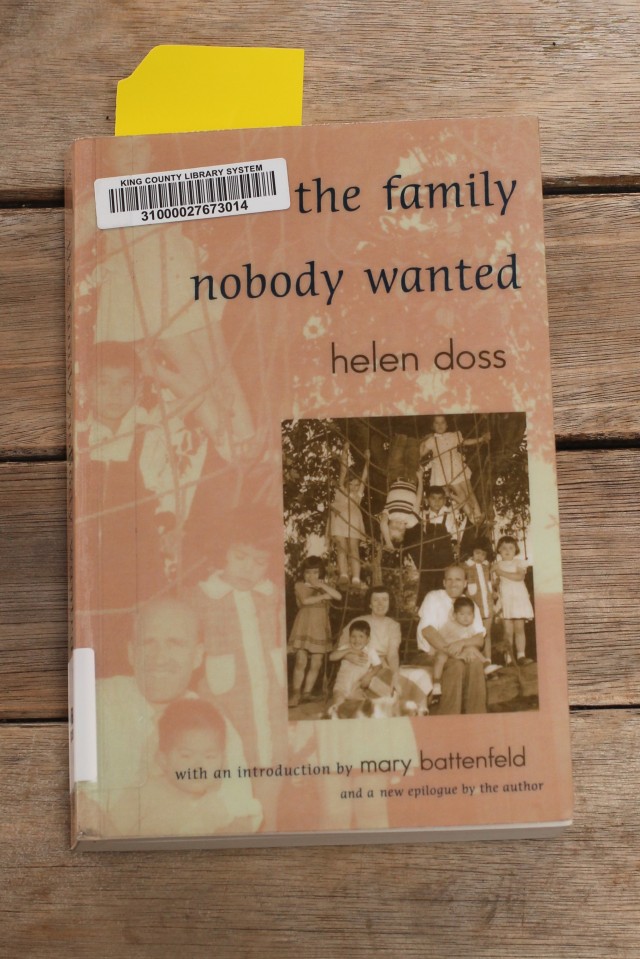 This biographical work tell the story of how Carl and Helen Doss ended up adopting 12 multi-racial children.

After the Dosses learned they could not have children of their own the adopted a baby boy Donny. A while later when they attempted to adopt a sibling for their son they learned that there were a host of couples waiting for each white child.

The Dosses were firm believers in one race “the human race” and were more than willing to take a minority child even when the adoption agencies of the day (1950s) were reluctant to place children of color in white families.

The family grew by as many as three children at a time but all the while Donny didn’t have “a boy my size”. Each  attempt to find a boy Donny’s age came up empty, but in the process a new baby or toddler was placed with the family.

There was opposition from all sides.

A social worker  asked “do you really think you can bring a dark-skinned child up to your social standing? Don’t you realize it is more likely that the same child will drag his parents down to the subjugated minority group?”

Carl’s own mother said she would “never allow a black girl to call me grandma!”

Carl seemed a bit reluctant with each addition but when he was offered a pastorate on the condition that they adopt no more children, he stood his ground and told the church board that the size of his family was no one’s business but theirs and God’s.

The children themselves were unaware of any racial differences. When they played Cowboys & Indians, a Native American  Cowboy chased after a blond brave.

The book is full of touching stories  as well as those of trial and tribulation in the Doss household.

The family came to the national spotlight when Life Magazine ran a story about the one family united nations.